*Council-members only. The registration link has been shared with the members by email. 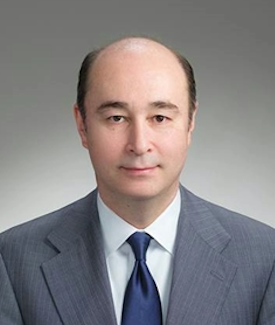 Joseph Kraft was born in 1964 in Yokosuka, Japan. He graduated with a business degree from the University of California, Berkeley in 1986. Joined Morgan Stanley in 1986 and transferred to its Tokyo office in 1987. At Morgan Stanley, he specialized in currency option trading, and from 2000 oversaw FX and fixed income trading as Managing Director. In 2007, he joined Dresdner Kleinwort Tokyo as head of Capital Markets and from 2010 he joined the Bank of America Tokyo where he served as Deputy Branch Manager and Head of FX Sales & Trading. In 2015, Kraft started Rorschach Advisory Inc., which focuses on providing economic and political research on Japan to investors. Additionally, he was appointed as an outside Board Director at SBI FX Trade in 2017 and at Sony Group in 2020. He speaks fluent Japanese.
View in Member Directory Will open in a new window 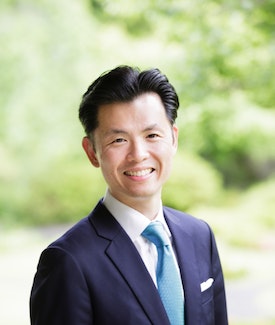 James’ career spans policy, technology, academia and social arena. In the policy arena, James was President of the Asia Pacific Initiative (API) that merged with the International House of Japan. He was also Special Advisor at the Cabinet Office and a co-founder of the Health and Global Policy Institute (HGPI). In the technology arena, James is Co-Chair, Silicon Valley Japan Platform and Co-Chair, World Economic Forum Centre for the Fourth Industrial Revolution Japan. He was previously Chairman of Twitter Japan and Vice President of Twitter Inc. In academia, James is Visiting Professor at Keio Medical School. Previously, he was Visiting Professor at Hitotsubashi Business School, Visiting Scientist at MIT Media Lab, and Associate Professor at the University of Tokyo. In the social arena, James co-founded TABLE FOR TWO, a Davos-initiated social program that simultaneously addresses global hunger and obesity, and Beyond Tomorrow, a youth leadership and scholarship program established after the Tohoku earthquake in 2011. He is also a Global Trustee and Japan Co-Chair of Asia Society. James was a visiting student at Brown University, graduated from Keio University and Harvard Business School and was a World Fellow at Yale University. He was selected: Young Global Leader, New Asian Leader, a member of Global Agenda Council at the World Economic Forum, Asia 21 Fellow at Asia Society, Richard von Weizsäcker Fellow at the Robert Bosch Academy, and Inamori Fellow of Inamori Foundation.
View in Member Directory Will open in a new window 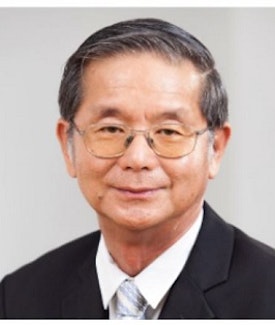 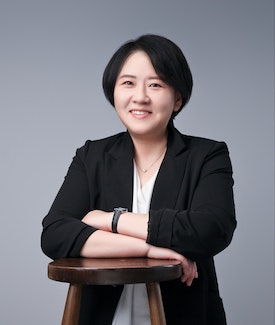 Choi has 20 years of experience in the real estate and distribution sector at Nomura Research Institute in Seoul. Since December 2021, she joined IGIS as managing director of IGIS's Future Strategy Center (Strategy & Research) where she oversees investment strategies development and business growth strategies of the firm.
View in Member Directory Will open in a new window 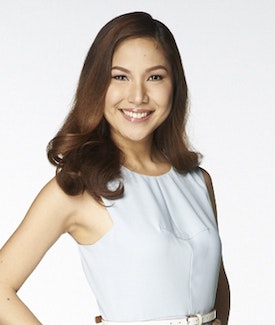 Jean is the CEO of ESCA Inc., a Filipino-owned full service Engineering Firm that provides Engineering Design, Project Management and Building Information Modelling (BIM) services to local and foreign clients for more than 35 years. She is also the CEO of ESCA International Inc. (EII), an engineering outsourcing company that provides high value outsourcing services to clients abroad. Jean is a certified BIM Manager by the Building and Construction Authority (BCA) of Singapore and a certified Program Manager under the Philippines Constructors Association (PCA). She is an experienced litigator with extensive construction arbitration and commercial litigation experience from her years with Villaraza Cruz Marcelo and Angangco Law Offices and MOSVELDTT Law Offices. She is also a trained arbitrator of the Philippine Dispute and Resolution Center (PDRCI). She recently graduated from the Senior Executive Institute (SEI) Program of the American Council of Engineering Companies (ACEC) in the United States. She worked with Bloomberg TV Philippines as a business news anchor for “First Up”, which included segments focusing on the real estate industry. She was also a Consultant of the Privatization and Management Office of the Philippine Government where she advised on conflict of claims, privatization, joint venture agreements, negotiated procurement and public bidding of government assets. Jean was an Oblation Scholar at the University of the Philippines, Diliman, where she graduated magna cum laude from the Political Science Program. She received her law degree from the same university in 2006, finishing fifth in her class. She passed the Bar for the following year. She joined Villaraza Cruz Marcelo and Angangco as a litigation associate in 2007 where she was consistently awarded Best Associate and was promoted in 2010 to Senior Associate.
View in Member Directory Will open in a new window